Downtown just got a whole lot more colorful! Thanks to the Momentum Arts Festival, put on by the Arts Commission, we have five new murals along our riverfront. Three can be seen from outside on Water Street and two inside the Citiwalk Tunnels. 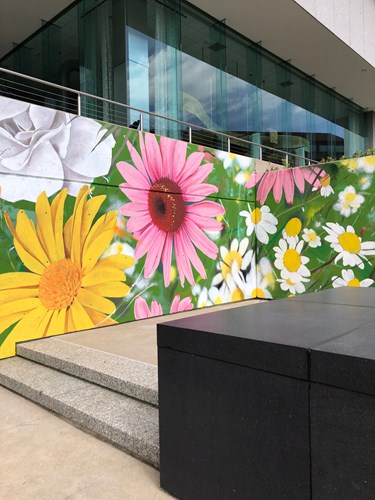 While Louise Jones (aka Ouizi) is a Detroit-based artist, she’s no stranger to Toledo. You’ve seen her signature floral work on the side of Handmade Toledo, but now you can see even more on the backside of The Chop House on Water Street. “Green Space” features the coneflower, chamomile, rose, calendula, daffodil, camelia and rudbeckia. 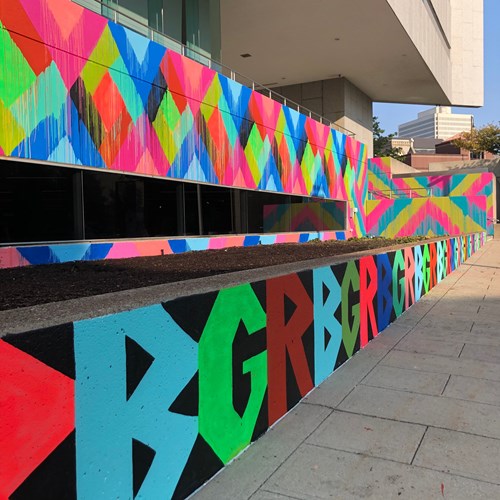 Head a little to the right of “Green Space” and you’ll see “RBG” by Maya Hayuk. The Brooklyn artist’s use of bright colors and lines makes the long wall along the Downtown Y and Chop House really pop! 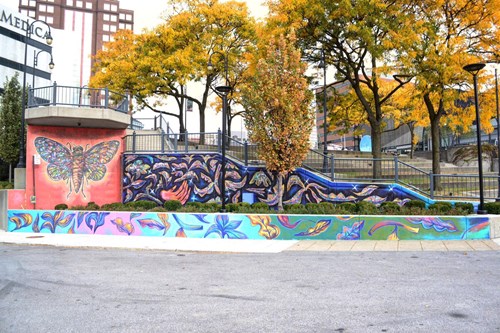 Keep heading towards Festival Park and the Imagination Station and you’ll see “Naima Finds A Cicada” by local artist, Yusuf Lateef. We’re no stranger to cicadas around here, but we think this is the prettiest one we’ve ever seen! 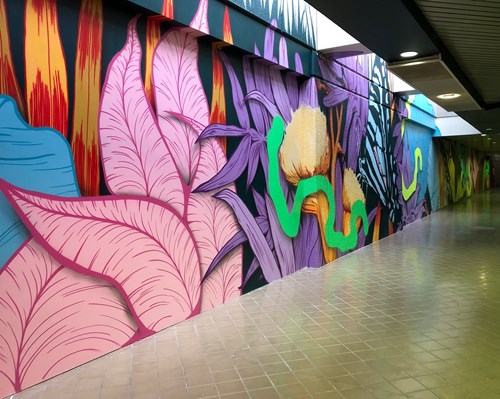 To see the remaining two, you’ll need to head inside. In the tunnel between Imagination Station, the Renaissance Hotel and One SeaGate, you will find the longest murals we’ve ever seen! Local artist Ken Dushane, better known as Phybr, has transformed a long hallway into a nature scene. See butterflies and beautiful, bright plants as you make your way to the next mural. 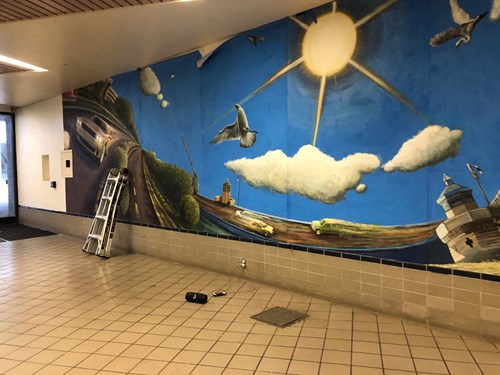 You might think you’re going to get stepped on when you see what Los Angeles-based artist Timothy Robert Smith has created. His mural makes it feel like you’re walking in a glass hallway down Summit Street and along our waterfront. Don’t forget to look up – you never know where a giant foot might come down on you!