To Do in Downtown Toledo: Fine Arts

Downtown Toledo offers the opportunity to experience world-class fine arts. The 2021-2022 seasons are kicking off now with a variety of performances and exhibitions that appeal to everyone: families, date nights, music connoisseurs and others. Whether you are visiting a Toledo institution that has been entertaining audiences for generations or checking out the latest and diverse artistic expression available to local audiences, we have plenty of entertainment options available for you to enjoy. 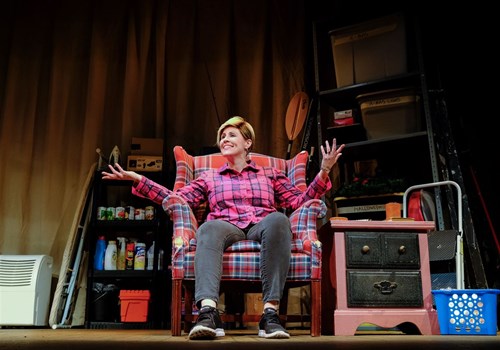 Formed in 2013, The Actors Collaborative’s goal is to bring contemporary theatre to Toledo. They are committed to equal opportunities for actors, encouraging and promoting a casting policy without regard to race or ethnicity. Their upcoming production of “On the Exhale” will be performed October 9 and 10 at Trinity Episcopal Church. Get tickets and details here. 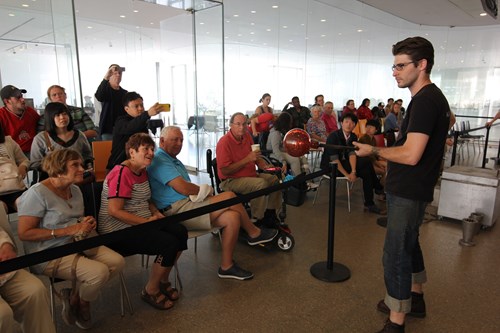 Looking for an educational date night, family activity or just something new to do? Schedule a private and custom tour at the Toledo Museum of Art with a docent. If you’d rather go at your own pace, the museum is open Wednesday through Sunday at 11:00 a.m. and closes at 5:00 p.m. on Wednesdays, Thursdays, and Sundays and at 8:00 p.m. on Fridays and Saturdays. An up-to-date list of current and upcoming exhibitions can be found here. General admission is always free. 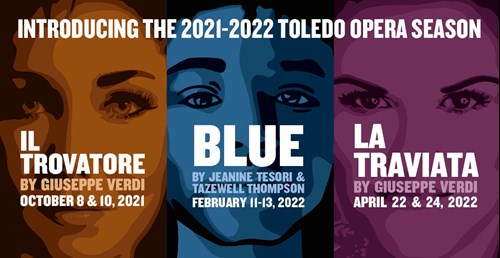 Since 1959, the Toledo Opera has been producing Grand Opera! Their first show of the 2021-22 season, “Il Trovatore” (not seen in Toledo since 2008), is coming up October 8, 2021. Il Trovatore tells the story of sorcery, familial revenge, bitter rivalry, and forbidden love. Later this season will be “Blue,” which first premiered in 2019. The season will close with La Traviata, returning to the Toledo Opera stage after a ten-year absence. All Toledo Opera performances will be held at the Valentine Theatre. See full schedule and get tickets here. 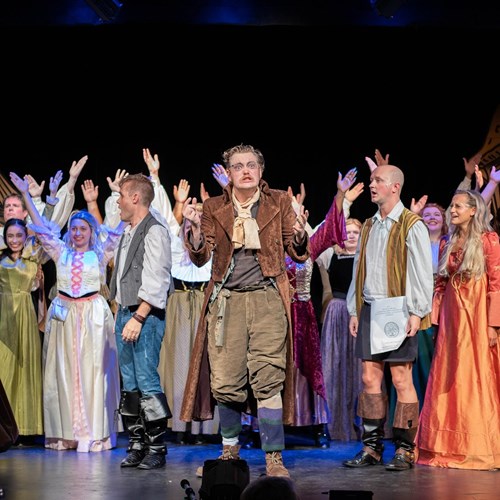 Toledo is home to numerous talented individuals. Luckily for us, the Toledo Repertoire Theatre lets them display their diverse artistry on stage! With six different productions over the course of their 2021-22 season, you’ll be able to catch their talent in action. Scheduled for this season: “Something Rotten,” “Sherlock Holmes and the Adventure of the Fallen Souffle,” “A Christmas Carol,” “The Legend of Georgia McBride,” “Our Town/Middletown” and “In The Heights.” Get details and ticket information here. 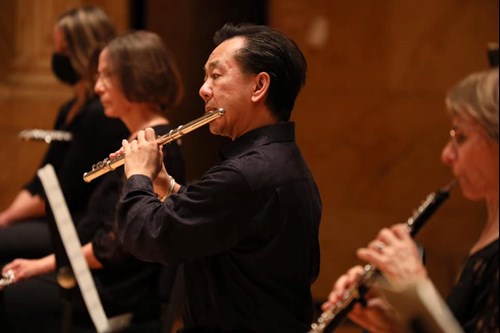 Continuing to inspire our region to come together through the performing arts, the Toledo Symphony Orchestra is back for the 2021-22 season! With a jampacked line up of events through May 2022, the sixty-five professional musicians making up the ensemble are sure to play something for everyone. Highlight events include: “Passion and Intrigue with Measha Brueggergosman,” “A Tribute to Tony Bennett,” “Christmas at the Peristyle,” “Handel’s Messiah” and “An Evening with Bernadette Peters.” See all performances and tickets here.

After a hiatus, the Valentine Theatre is gearing up for a 23rd season full of excellent shows. While supporting performances by other Toledo institutions, the Valentine will also be hosting their Broadway series which includes “RENT”, “The Midtown Men,” “South Pacific,” “Beautiful: The Carole King Musical” and “Jersey Boys.” Other shows include “The Choir of Man,” “Potted Potter,” “The British Invasion,” “The Ten Tenors” and “Black Violin: Impossible.” In addition to live performances, the Valentine also presents a Classic Film Series and a Children’s Theatre Series. See all events here.

After shortened seasons and postponed productions during the last 18 months, performers are ready and prepared to put on a show for the region. Don’t miss your opportunity to share these experiences, uniquely showcasing the talent of Toledo residents, as well as national professional performers and artists. Live performances are back. Be sure to add them to your fall and winter To Do list.